Posted on November 7, 2016 by Audra Sederavicius 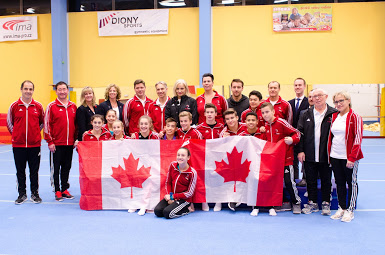 “The competition is called Olympic Hopes Cup, so we all came hoping to do our best and hopefully represent Canada in the future at Olympic Games,” said Padurariu on behalf of the team, “our hope is to make the 2020 Olympics and this competition is a great start for the next Olympic cycle. We’re pumped for apparatus finals tomorrow and hope to do well!”

As well as winning the overall team title, Padurariu scored 57.150 to finish more than two points ahead of Amelie Morgan of Great Britain to win gold in the women’s all-around competition. Chrobok rounded out the podium winning the bronze medal with a score of 54.300. Narrowly missing the podium was the rest of Team Canada as Jurca, Marois and De Jong finished in fourth, fifth and sixth place respectively. 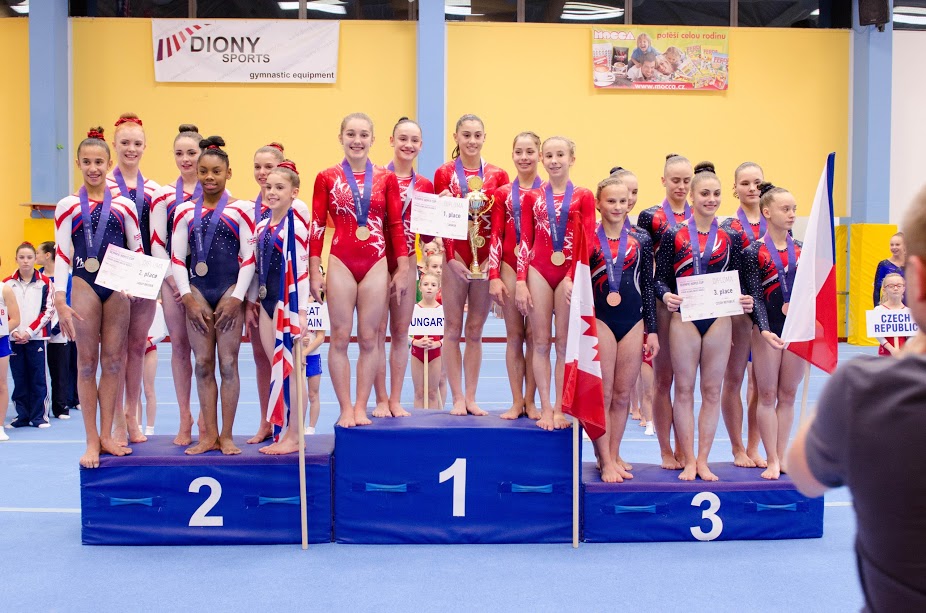 Padurariu added to her two gold medals won in the team event and all-around competition, winning gold in all four apparatus finals. She started the day off on the vault where she scored 14.350 to win the gold and finished just ahead of Victoria Jurca who scored 14.175 to take home silver. On the beam, Canada once again finished in first and second place with Padurariu scoring 14.200 to win gold and Jade Chrobok the silver with a score of 13.750. Padurariu also scored 14.000 and 14.100 on the uneven bars and floor to round out her golden performance.

Congratulations to all athletes coaches and judges who represented Canada this past weekend including our own coach Elena Davydova (Gemini) and judge Tracey Anderson.

For photos and other information you can visit the competition website by clicking here.