HALIFAX, NS (February 4, 2017) – Gymnastics Canada is honoured to announce the 2016 artistic gymnastics athletes and coaches of the year. These athletes, with the support of their experienced and talented coaches, achieved some historic results, along with many podium and personal-best performances throughout the year. 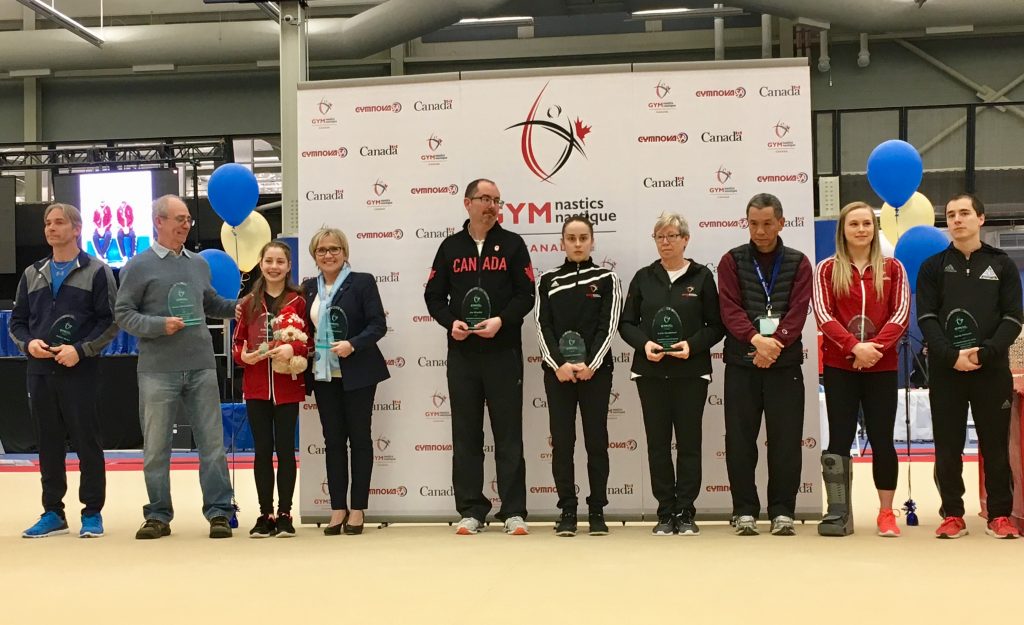 Ana Padurariu from Gemini Gymnastics in Oshawa, ON had a phenomenal fall competitive season, taking home five gold medals from the 2016 Pan American Championships including the all-around title. She then went on to completely dominate the field at the 2016 Olympic Hopes Cup, winning gold in all events. Padurariu was also the 2016 Canadian all-around champion.

Elena Davydova has the distinction of being an athlete at the Olympics (1980 Olympic all-around champion for the Soviet Union), an Olympic coach (London 2012), and an Olympic judge (Rio 2016). She is also on the FIG women’s technical committee. She and Valery coach out of Gemini Gymnastics in Oshawa, ON.

Before joining Gemini Gymnastics, Valery was the Head Coach of the Lvov Russian Training Centre in Ukraine and was named the Canadian Junior High Performance Coach of the Year in 2005, 2006, and 2010.