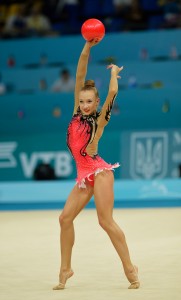 ESPOO, Finland, (February 27) — Gearing up for a final chance to earn a berth at the 2016 Rio Olympic Games three-time Canadian champion Patricia Bezzoubenko of Toronto (Salut) placed 23rd all-around on Saturday at the opening rhythmic gymnastics World Cup of the season.

Bezzoubenko placed 16th in both the ball and hoop events on Friday and 23rd and 30th in the ribbon and clubs competitions on Saturday for a total score of 66.050 points.

Bezzoubenko has been working hard since the world championships last September on four new routines to give her a good chance to clinch one of six remaining Olympic berths up for grabs at the final qualification meet for the Rio Games to be held in April. 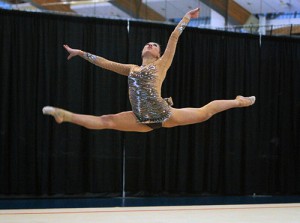 “Patricia’s ball and hoop routines on the first day were basically good but unfortunately she made one mistake in both the clubs and ribbon on the second day,” said her longtime coach Svetlana Joukova of Toronto.

“She’s put a lot of work into the new routines, training six to 10 hours a day at the beginning, and now the number one goal is to be stable on all four routines.”

Bezzoubenko, who skipped the Elite Canada meet earlier this month in Vancouver to focus on her preparation for the upcoming Olympic qualifier, competes at another World Cup next month in Lisbon, Portugal.

“We will be working together to fix the mistakes,” said Joukova. “There are six spots available for the Olympics and Patricia wants to be one of those to qualify.”

“She likes her routines and is really enjoying them. Now she has to keep on working and to believe in herself.”