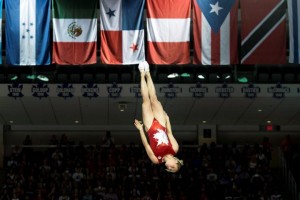 TORONTO – Canada swept the gold medals in the trampoline competition Sunday night at the Pan Am Games.

Later in the evening at the Toronto Coliseum, Keegan Soehn of Red Deer, Alta., won gold in the men’s competition.