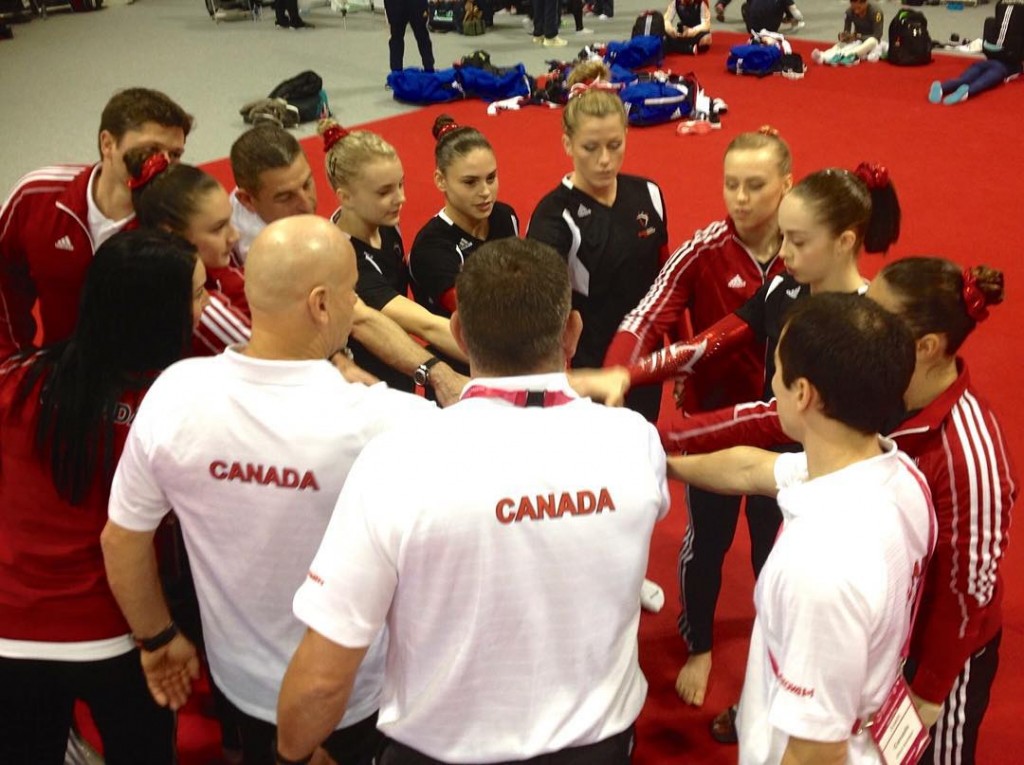 GLASGOW, Scotland, October 27 — Not content with clinching an Olympic berth earlier in the competition, the Canadian women’s gymnastics squad came up with another clutch performance at the artistic gymnastics world championships on Tuesday to place sixth in the team final.

As expected the United States, led by two-time all around world champion Simone Biles, stormed to the gold medal with a score of 181.338 points.

After placing seventh in the 24-country qualification round to clinch a spot at the 2016 Rio Olympic Games the Canadians moved up one spot in the team final with a score of  167.697.

“It was a fight right to the end and we knew it was going to be close,” said Canadian national team director Dave Brubaker of Sarnia, Ont.

“After placing seventh in the qualification we thought we had nothing to lose by going all out in the final and that there would be more pressure on the other teams.”

Brubaker said he was impressed by the way world championship rookies Sydney Townsend of Conestogo, Ont., and Audrey Rousseau of La Prairie, Que., stepped up with strong performances to complement veterans Ellie Black of Halifax, Brittany Rogers of Calgary, Isabela Onyshko of Brandon, Man., and Victoria-Kayen Woo of Brossard, Que.

“The girls with the least experience really pulled through for Canada with Sydney putting up a really high score on the vault and the same with Audrey Rousseau on floor. It just proves that we have depth in our country and ultimately that is going to make the team stronger.”

Black, a key member of Canada’s record-breaking 2012 Olympic team, ran into difficulties with her balance beam routine in the final but delivered the team’s top scores on floor and vault.

Onyshko scored highest on the uneven bars and beam to cap another stellar Canadian performance going head to head against the best gymnasts in the world.

“We know there’s a lot of pressure now with our success but I think we’ve proven that we’ve got the group of people that can continue to be successful,” said Brubaker.

Competition continues for Canada on Thursday when Black and Onyshko compete in the individual all around women’s final.