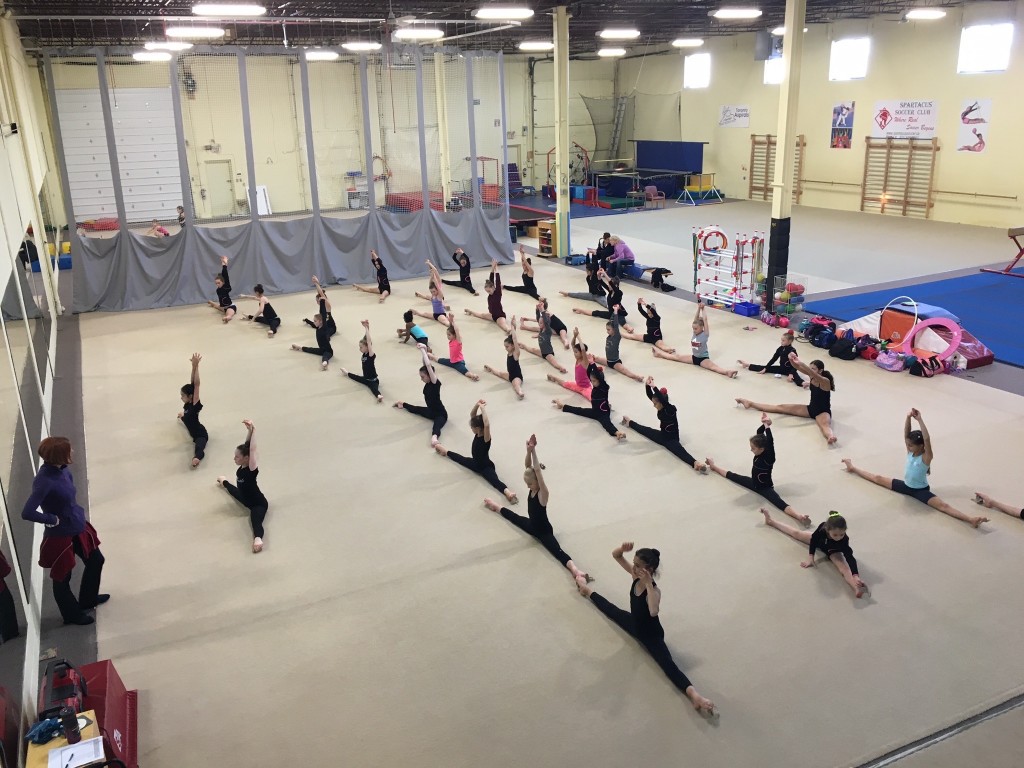 Thirty-six Provincial level rhythmic gymnasts took part in a Gymnastics Ontario Training Camp this past weekend where they had the chance to gain new skills & techniques that will allow them to advance in the upcoming competitive season. Training camps such as this allow athletes to be taught, motivated and inspired by some of the top coaches and athletes in the country and meet peers from other clubs.

Athletes worked on apparatus technique, masteries, body movements and elements. They learned new turning/spinning techniques as well as techniques to improve their jumps. They also had the opportunity to learn from and train alongside National Novice champion, Natalie Garcia, and Senior bronze medallist, Katherine Uchida.