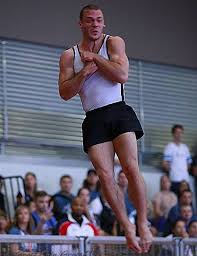 Canadian tumblers Jon Schwaiger of Burlington, ON and Jordan Sugrim of Etobicoke, ON both finished in fourth place at the Trampoline and Tumbling World Cup in Shanghai, China on Sunday.

Canadian tumblers had incredibly successful results over the two-day competition, where all three athletes made finals after strong performances in the preliminary round.  Schwaiger narrowly missed the podium and finished fourth with 70.300 points in the men’s tumbling event behind Luo Zhang and Weiwei Zhang of China and Greg Townley of Great Britain. “I was happy with my performance in the preliminary round and was not expecting to rank fourth. My second pass in the finals could have been better and it cost me some points but I am glad I was able to finish on my feet and maintain my fourth place position.”

Women tumblers Sugrim and Raphaelle Villotte of Montreal, QC advanced to the finals after qualifying in second and fourth place respectively.  Following a strong performance in the final, Sugrim finished just off the podium in fourth place scoring 63.100 points; “I knew coming into this competition I had a chance of finishing in the top half and being in second place after preliminaries added a bit more pressure,” said Sugrim. “My coach Denis Vachon and I decided to go for more difficulty in the finals, but the transitions in both passes after double somersaults weren’t perfect and slowed me a bit, but I managed to finish both passes.”