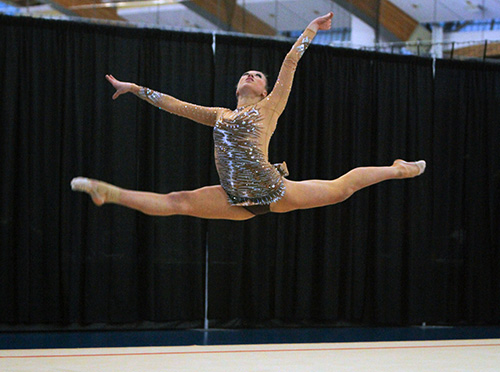 In a seesaw battle over three days of competition, Carmen Whelan of Aurora, Ont. (Silhouettes of York), overtook Katherine Uchida of Toronto (Jusco) in Sunday’s final to claim her first all-around senior Elite Canada title in rhythmic gymnastics.
Whelan jumped into the lead on the first day of competition, fell behind after day two, and then bounced back with four solid routines in the finals to win all-around gold with a total of 122.100 points.

Whelan also swept three of the four gold medals up for grabs in the individual apparatus finals with top scores in the hoop, ribbon and clubs events.

Uchida won the all-around silver with 118.550 points and also added three more medals in the apparatus finals, taking gold in the ball event and silver in both ribbon and clubs. 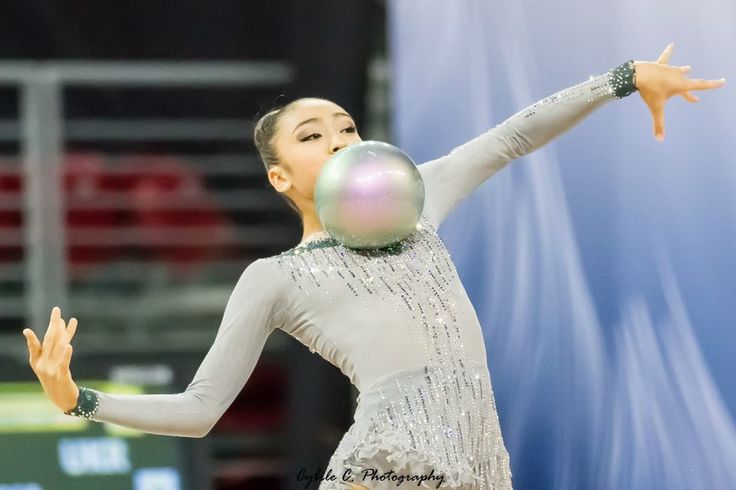 Cindy Huh of Vancouver won the all-around bronze with a score of 112.450 points.

In the final the top-15 qualifiers from the first two days of competition performed four routines for a total of eight over three days with all scores counting towards the all-around title.

“I’ve never been national senior champion before so it’s just unreal to me right now,” said Whelan, who competed for Canada last year at both the world championships and Pan Am Games.

“I didn’t get off to the the best start here but I think the key to my strong finish was my frame of mind. I was playing it too safe at the beginning and in the final I just wanted to let go and be myself and make myself happy.”

Whelan singled out her performance in the clubs final as a personal highlight of the competition.

“I was having a blast and I didn’t have a care in the world. I didn’t want the performance to end.”

Uchida, ranked third all-around at the 2015 Canadian championships, said she isn’t surprised by the close competition between her and Whelan.

“We’re both strong gymnasts and it always comes down to who does the best routines on that day. It just depends on who is more consistent.”

In the junior final, frontrunner Alexandra Chtrevenskii of Montreal swept to gold in four of five events, winning the all-around and three of four apparatus finals.

The only other junior to reach the top of the podium was Natalie Garcia of Mississauga, Ont. (Mississauga Newnorth), who edged Chtrevenskii by one-tenth of a point to win gold in the clubs final. 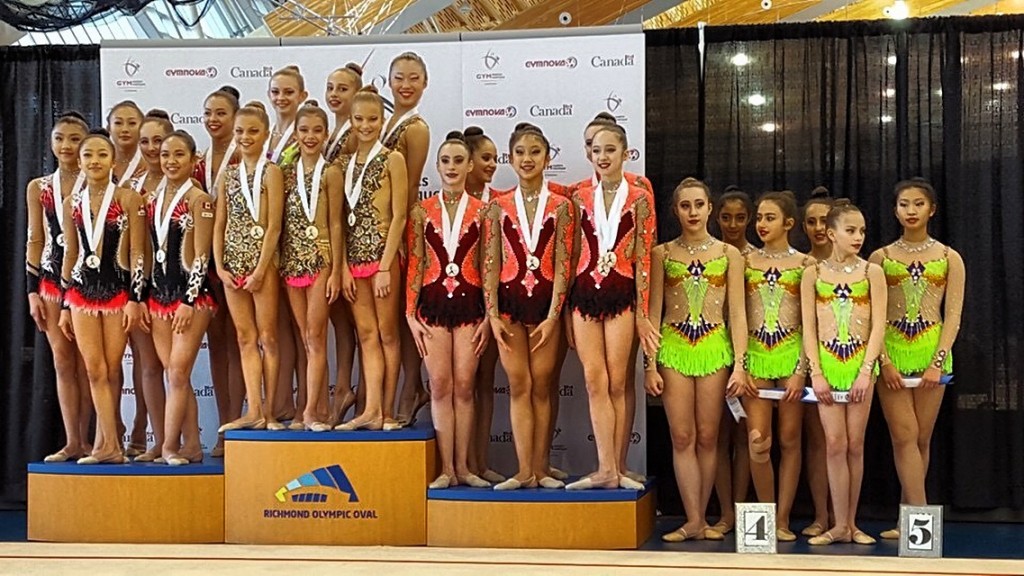 In the Novice Group competition, Kalev Estienne were gold medal champions for their rope routine. Way to go girls! 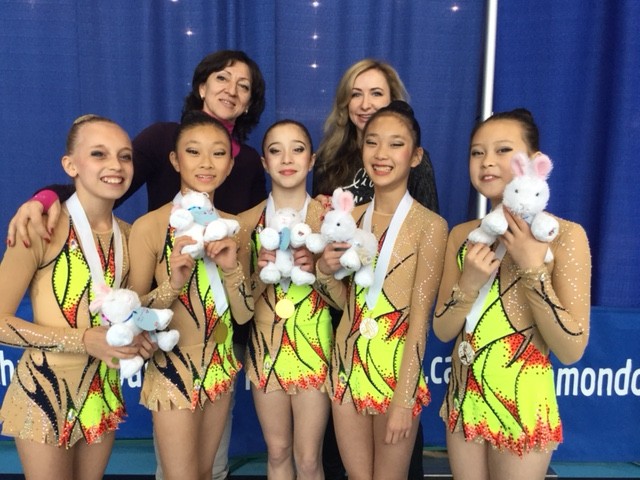 The top three competitors in both the junior and senior finals earned a berth on the Canadian team headed to the Pacific Rim Championships in the U.S. in April.