Padurariu wins gold and bronze in apparatus finals in Venice

Posted on April 4, 2017 by Audra Sederavicius

Congratulations to all athletes and coaches!

VENICE, ITA (April 2, 2017) – Team Canada finished on a high note at the 2017 Trofeo Citta di Jesolo competition in Venice, Italy on Sunday winning two gold and one bronze medal in the apparatus finals. 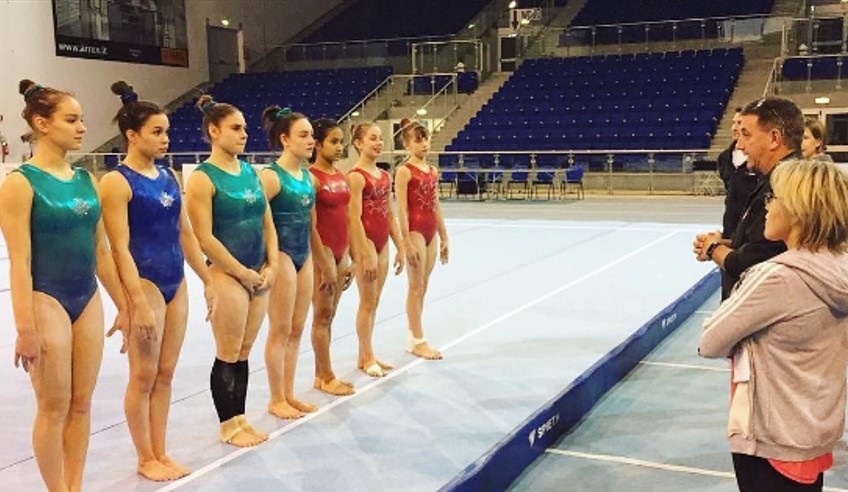 In junior competition, it was Ana Padurariu of Whitby, ON who led the team, competing in all four apparatus finals after finishing in fifth place in the all-around competition Saturday. Padurariu’s beam routine was phenomenal and gave her the gold medal with a final score of 14.250, .100 points ahead of second place. On vault, Padurariu had two terrific passes scoring 13.75 and 14.2 respectively to give her an overall score of 13.975 and the bronze medal.

“I think the competition was a really good experience as a team and as an individual,” said Padurariu following competition. “I was very happy with my performance on both competition days. The level of gymnastics here was quite high and I was happy to be among the best.”

Rio 2016 Olympian Shallon Olsen of Surrey, BC also gave it her all today winning gold in the senior women’s vault final with a score of 14.500, more than .300 point ahead of silver medalist Sofia Busato of Italy. Senior gymnast Audrey Rousseau of La Prairie, QC scored 12.600 points in the floor final to finish just ahead of Olsen who scored 12.500.

“I had a few mistakes on floor but vault was my highlight of the day. I stuck my first vault and that felt great,” said Olsen. “The competition here is a great environment of world class gymnastics. We were a great team and supported each other well throughout the day.”

Zoe Allaire-Bourgie from Montreal, QC finished with a score of 12.900 in the junior floor final and 13.850 in the beam final. Brooklyn Moors from Cambridge, ON scored 13.625 in the senior women’s vault final.

The women will next compete in Montreal at the National Championships in May.