The 2015 WAG Ontario Championships was hosted this past weekend by Rose City in Windsor, Ontario. This competition is not only where the best athletes in Ontario compete for the All-Around title of Ontario Champion but is also a selection event where athletes compete for a chance to be named to Team Ontario and represent their province in the 2015 Eastern Canadian Championships (Moncton, New Brunswick, May 8-10, 2015.) and 2015 Canadian National Championships (May 26- 31, 2015 in Gatineau, Quebec).

Gymnastics Ontario is proud to announce its team for this season’s Easterns and Canadians team!

Congratulations to the following athletes and coaches! 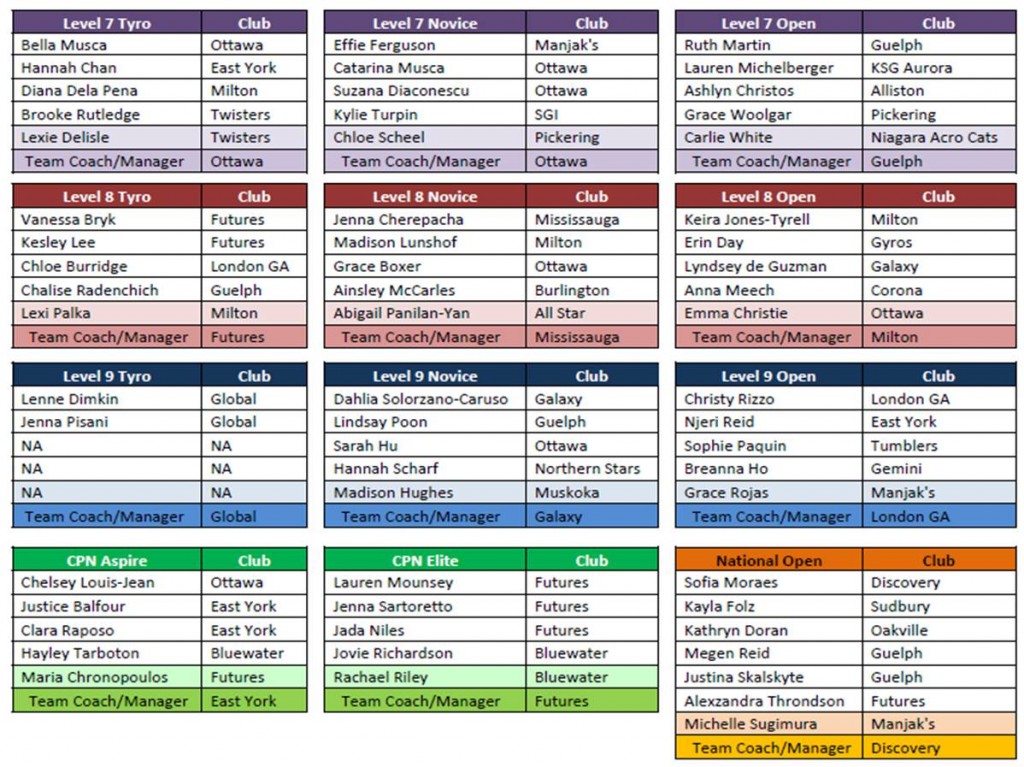 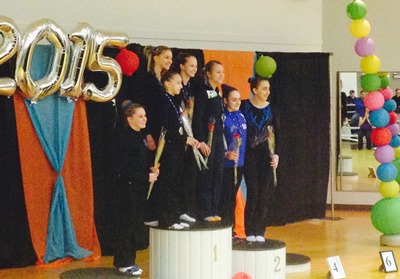 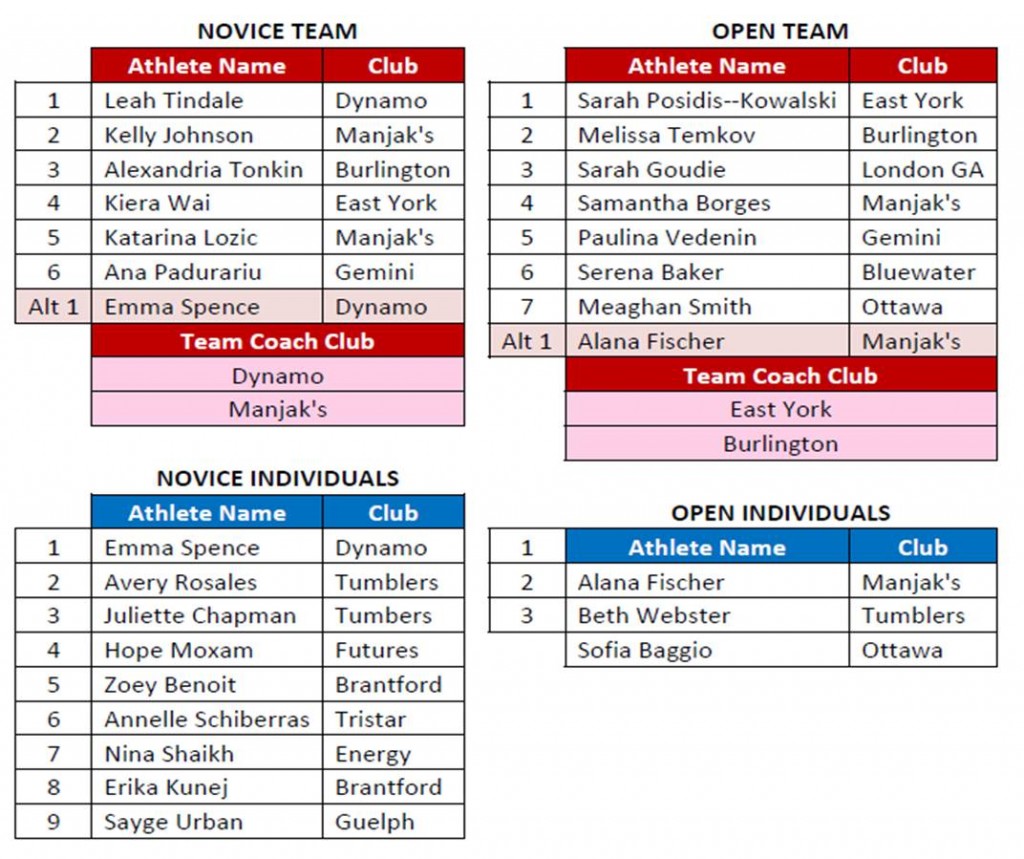